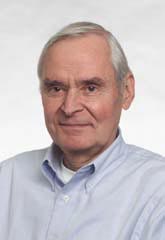 The Wilkinson Microwave Anisotropy Probe (WMAP) is named in honor of David Wilkinson of Princeton University, a world-renown cosmologist and WMAP team member who died in September 2002. The WMAP Team mourns the loss of Dr. David T. Wilkinson, an originator of the MAP Mission, who died on September 5, 2002 at the age of 67. He was a pioneer in cosmic microwave background research from the earliest days of its discovery to his work as the MAP Instrument Scientist, 38 years later. Dr. Wilkinson was also a founder of the Cosmic Background Explorer (COBE) satellite, which was launched in 1989. A Professor of Physics at Princeton University, Dr. Wilkinson served as its Chairman from 1987 to 1990. He loved to teach and was awarded Princeton President's Award for Distinguished Teaching. He was a man of great integrity, an outstanding scientist, and a wonderful colleague.

An extensive obituary appears on the New York Times website.