The Milky Way is a gravitationally bound collection of roughly a hundred billion stars. Our Sun is one of these stars and is located roughly 24,000 light years (or 8000 parsecs) from the center of our the Milky Way. 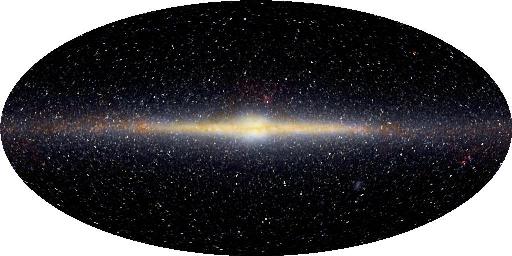 The Galaxy has three major components:

Additional images of the sky from the COBE-Dirbe experiment.